With mobile learning, I tried some gadgets but realized it is still about people, not gadgets. Along the way, I got to meet one of my instructors, half way across the world.

Mobile learning provided the opportunity to try something genuinely new to me. I had designed courses for desktop computers, but never considered, in detail, how to use mobile devices. I did not even own a mobile device until prompted to so so for this course.

"This paper investigates the use of mobile learning (m-learning) for programs and workplace learning. My area of work concerns teaching ICT students in Australian postgraduate programs leading to professional certification. Such courses are increasingly delivered via blended and e-learning, using tools such as Moodle. However, one aspect of such programs which has limited support from on-line tools and remains an educational and administrative problem, is the workplace experience component required for professional certification of graduates. This paper considers the question as to if m-learning can help with workplace learning."

1.2. Define the aspects of problems

1.5. Critically evaluate the relevance of information for a given situation

1.9. Present them to others 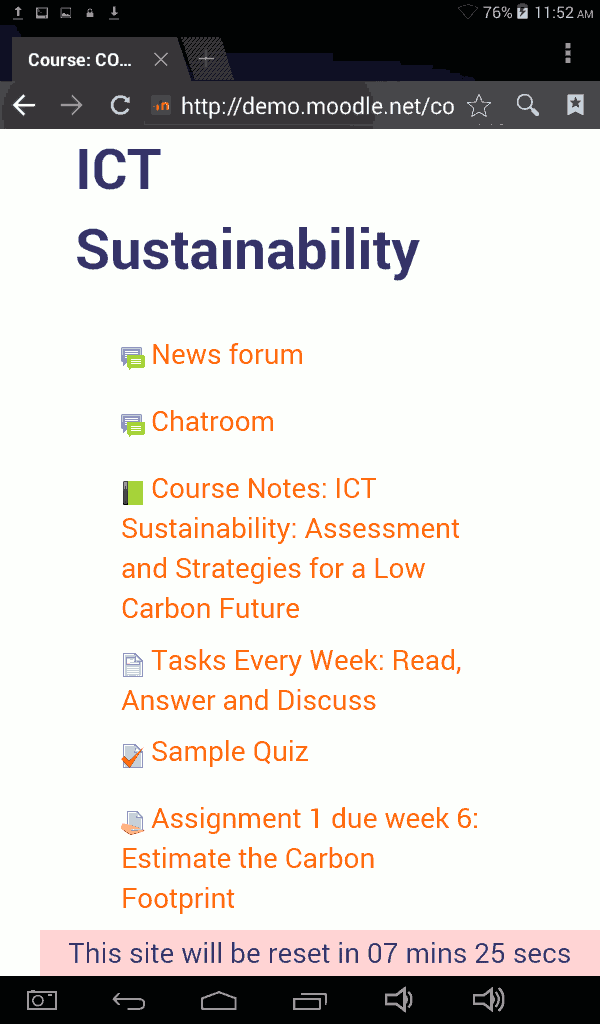 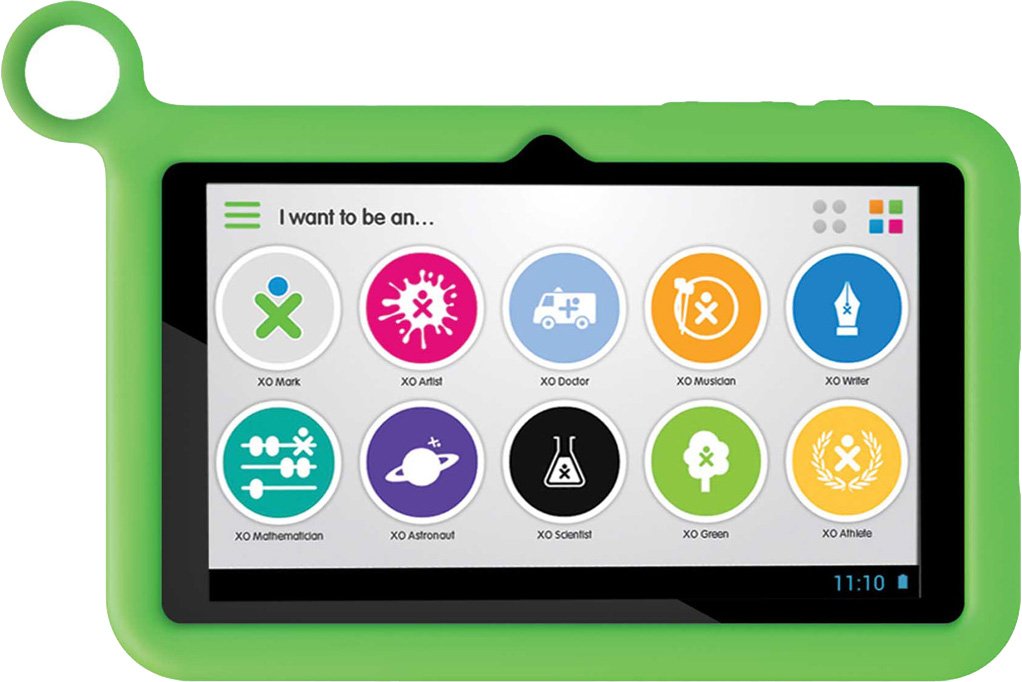 At the start of Introduction to Mobile Learning, much to my embarrassment, I had to admit that I did not have a smartphone or tablet computer (just a notebook). So I purchased a low-cost smartphone and tablet, of the type a student in a developing nation might have. I did not want to buy the latest, most powerful device, as this is not something a student would have (1.1).

My interest in using low cost, low power devices, with limited network bandwidth comes from being trained as a designer of large-scale computer applications. Where there are thousands of users of a system, every byte of data used adds to the cost of hardware and networking. Smartphones now have far more capacity than the mainframes I was trained to program and the apartment building I live in has more bandwidth than the government agencies I designed applications for, however, this computer access is not spread evenly.

The Problem: Limited Hardware and Networking for e-Learning

A lack of bandwidth, computer hardware and power to run them is an issue for remote regions of Australia, as well as for developing nations (1.2). Assignment 2 of MDDE 601, I was part of a group looking at DE for indigenous students in remote Australian communities (1.3). Recently I attended Townsend's presentation at mLearn 2016 (1.4) on the limitations of conventional DE and advantages of low bandwidth mobile devices for Aboriginal and Torres Strait Islander Pre-service Teachers in Very Remote Communities (2016). Developing nations have similar problems with access to hardware, networking, and power, making mobile devices a more viable option (1.10).

One device I was lucky enough to find on special at Amazon.com was an XO Tablet Computer. This is the last of the hardware produced by the Open Laptop Per Child project (OLPC). As part of my investigation of mobile learning, I looked at the theory the OLPC project was based on and the research findings of the results of the project (1.6). I remain skeptical of this hardware-driven approach to improving education.

I used the XO Tablet to try applications and develop a learning module, to be evaluated by other students. The revelation here for me were not the new educational Apps produced for tablets, but that existing desktop software, including the Moodle LMS and Mahara e-portfolio, had been upgraded to work with a mobile device (1.7). The web design of these open access products had been upgraded to use responsive web design, so they automatically adjusted their interface when displayed on a mobile device (1.8). However, a mobile interface does not in itself make for mobile learning. The educational designer must consider the learning context. A mobile interface is useful for providing small amounts of information and short responses. The student should not be expected to write an essay while sitting on a bus with their smartphone.

Some of the features already available on the web could assist with DE in developing nations but are yet to be fully implemented. As an example, I found in investigating m-Learning that the HTML now has a Web Storage feature. This could allow a student to download course content when they have Internet access (for example at a community cyber cafe), then study offline for hours or days, before reconnecting to upload their work (1.11).  This is not a feature built into current LMS, however, recently at mLearn 2016, Patching reported on work by USQ to modify the Moodle LMS for use with offline laptops in prisons, where Internet access is restricted.

With Introduction to Mobile Learning, I made my first attempt to provide content in a format other than text. I used a screencasting program to record a short video, demonstrating how the responsive interface of Moodle suddenly changes from desktop to mobile format, when a trigger point is reached (1.9):

"Hello I'm Tom Worthington, I'd like to show you how responsive web design can be used to allow a Moodle course to display on a mobile device. What you see on screen at the moment is the typical Moodle course layout. There are three columns of information there is a navigation column with my photo in and here on one side a larger in with the course content in the middle and administrative information on the other side.

On the tablet computer or smartphone these three columns of text could become very narrow and how to read so in later versions in Moodle responsive web design has been implemented by default. You can see this effect by simply grabbing the right hand side of web page and making the column narrower and narrower. At first what happens is each of the three columns becomes narrower but then you reach a trigger point which has been set by the Moodle designers at about the size of a tablet computer. When you reach the trigger point, the two side columns disappear, the full width of the screen is then allowed for the course content.

I will just drag the screen narrower, so it looks like a smartphone in portrait mode. Here is the content of course, but the other information that was in the side columns hasn't disappeared completely: it's just been pushed down below the course. So here is the navigation information and his the administration information which is still accessible.

Of course, this doesn't solve every problem with providing learning on a mobile device. The course designer has to make sure that the actual content of the course will fit in this format, but they have haven't provided too much information for a mobile, then that they provided suitable interaction for that learners use, in the sorts of environments mobile devices use. But at least out of the box Moodle will support mobile devices."

Failed Tablet Experiment to be Repeated in Canberra

One troubling aspect of mobile learning for me was that the lessons of the failure of the OLPC project did not seem to have been learned. Just providing a tablet computer, is unlikely to improve learning. During Canberra's 2016 local government elections, the governing Labor Party promised a tablet computer for each of 6,000 Canberra high school students, at the cost of AU $17.2 M, over four years. That works out to about AU $2,800 per tablet, which appeared expensive. Also, there was no mention of any funding for content for the tablets, or training for teachers in using them for education. There is more than enough research to show that providing tablet computers, on their own, will not improve educational outcomes. However, this, or more research is unlikely to change the policy. What might be more useful would be for me to offer to show the Government how to use the equipment more effectively.

In July 2015 I was on my way to a computer conference in the UK and had to stop to change planes somewhere in Asia. I noticed there was the Second International Conference on Open and Flexible Education (ICOFE 2015) at Hong Kong Open University, on the topic of m-Learning, and the keynote was Professor Rory McGreal, one of my instructors. So I stopped off in HK, attended the conference and was able to meet someone from Athabasca University for the first time, face to face. However, I did not agree with everything he said (1.5). From my Journal about the keynote:

"Professor McGreal suggested that MOOCs were of benefit, even where there is a much higher non-completion rate than conventional courses, because many more students can complete. I don't agree with this: even if the MOOC costs little or nothing, being a student is a very time consuming activity. Students who invest their time in study need to complete to get the maximum benefit. Obviously students will learn something even if they do not complete a course, but for maximum personal and economic benefit, need courses which most students can complete."

This reflects one of the most useful lessons I have learned as a student: the very high personal cost of studying. Apart from fees, there is income forgone from having to study, and the time not spent with friends and family. I now have more insight into the experience of my international students in Canberra, who have invested all they have to be able to study and then have to do paid work to survive while studying. As a result, I have started to design courses which carefully budget the student's time, regarding what they have to read and do, as that time is precious to them. Also, I consider the bandwidth needed for the course materials I select and the device they can display on. I now routinely use responsive web design (which will adapt to mobile devices), web format content (which is more efficient than PDF), and I offer low bandwidth alternatives for any video.

1.2. Define the aspects of problems

1.5. Critically evaluate the relevance of information for a given situation

1.9. Present them to others 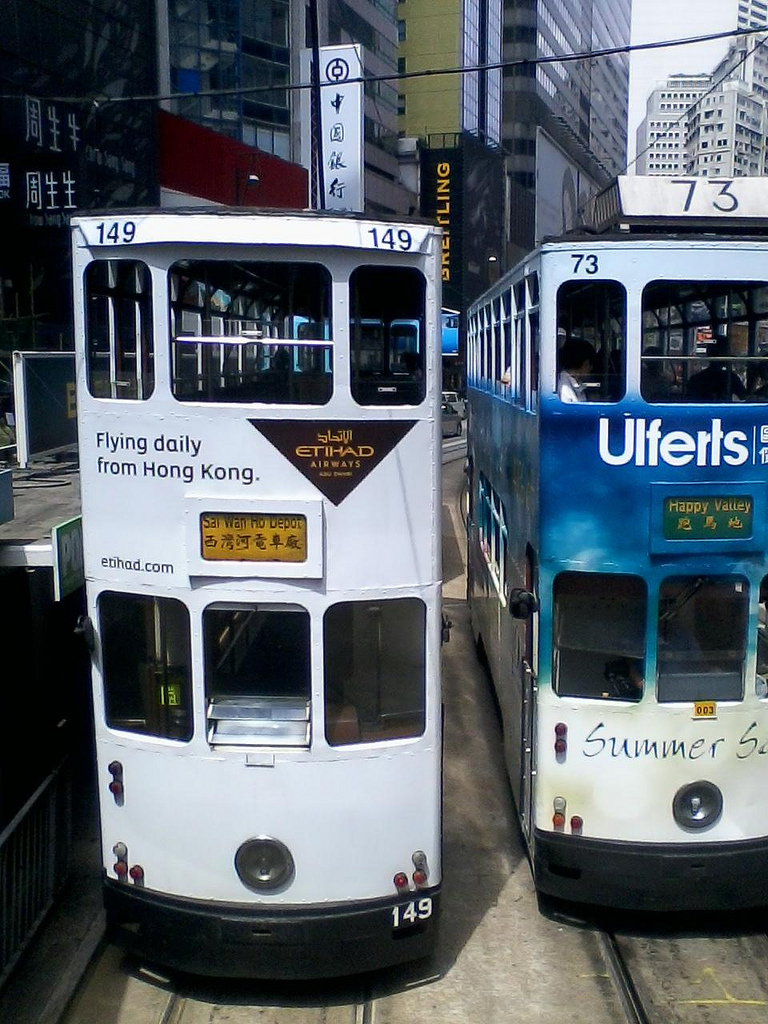 This Reflection is somewhat more focused on your artefact and what you learned from doing it. (I too was a latecomer to mobile technology.) I found it interesting that you purposely chose low cost devices that would be used in 3rd world countries. What types of realizations did you have about the use of these particular devices in comparison with higher cost ones? Did you have insights into the way other students (particularly in 3rd world countries) might experience mobile DE and how you, as a course designer, might accommodate them better?

Perhaps you could extend the lesson mentioned at the end to apply to students at your workplace, or those in other countries?

Susan, I put in a little more on why I was interested in low cost and low bandwidth devices and how I now cater for them.

This reflection is coming together, but I noted again the need to incorporate the attainment of the competencies more into the Reflection.

Susan, more on attainment of the competencies added.